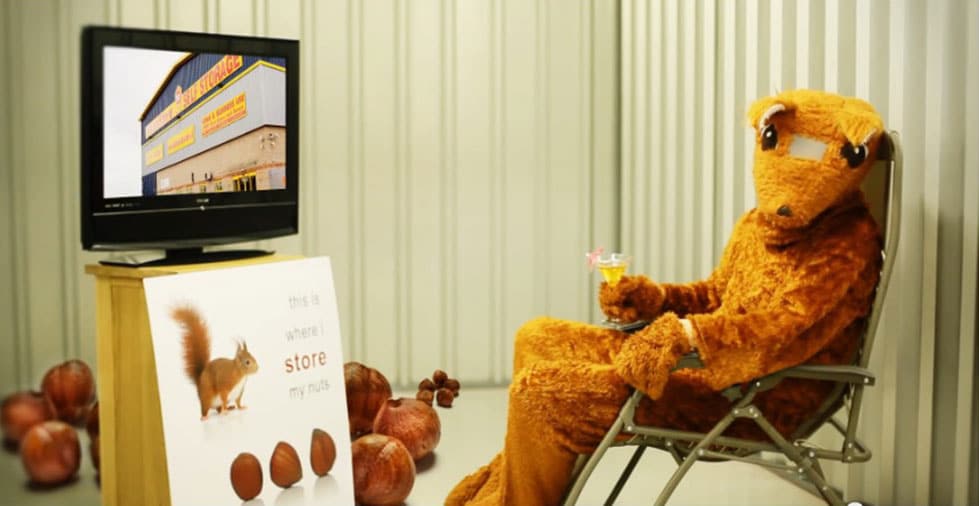 After seven years of being part of the HomeStore Self Storage team Mr. Squirrel is going into retirement.

He first made his appearance in 2009 on our then new website and has played a big part in advertising the HomeStore brand ever since.

He made a rare personal appearance at Ipswich and Suffolk Small Business Association, ISSBA’s main yearly event, Anglian Business Exhibition or Suffolk Business exhibition as it was then, at Trinity Park in 2009. He was quite joyful at the fact he was free for the day and happily went round all exhibitors handing out hazelnuts and made quite an impact with everyone.

From 2010 things went a bit quiet for Mr. Squirrel, he was happily promoting our website and newsletter but not much more, and then in late 2012 he had his first and possibly his last acting role, starring in the HomeStore video.

In the video, he played the part of an elusive squirrel, looking for somewhere safe to store his nuts, being pursued by the ever crazy David Atyourborough. There is a happy ending and the video which can be seen here, put Mr. Squirrel firmly at the forefront of our customers’ minds. The video was used to raise funds for the local hospice as every view a customer made we donated £1 to the charity, through this, Mr. Squirrel helped us raise over £200.

Following the video, Mr. Squirrel made one or two very low key appearances, one being in a spot the difference competition in 2014.

Now, with a fantastic seven years under his belt, he is moving on to dreys anew and we at HomeStore would like to wish him all the very best and say a fond farewell for a very happy retirement.