Imagine a World Without Paper

The introduction of internet technology was meant to also be the dawn of a new age, the paperless society.
We were told this would be good for the environment because we would no longer need to cut down huge swathes of forest every year. We would no longer need massive amounts of storage space and archive material. But it hasn’t turned out to be quite like that, though, and how realistic is it?
Paper has been around for more than 2000 years
The word paper comes from the Egyptian – Papyrus – although it wasn’t actually paper at all. Papyrus was formed from beaten strips of the papyrus plant. These strips were then layered in right angles to form a kind of mat, pounded into a thin sheet and left in the sun to dry.
The resulting sheets were ideal for writing on. Since they were also lightweight and portable they became the writing medium of choice of Egyptians, Greeks and Romans for record keeping, spiritual texts and works of art.
Paper as we understand it was invented in China in the second century AD by a eunuch of the Han Dynasty called T’sai Lun.
He experimented and refined the process of macerating the fibre of plants until each filament was separated. The individual fibres were mixed with water in a large vat. Next, a screen was submerged in the vat and lifted through the water, catching the fibres on its surface. When dried, this thin layer of intertwined fibre became paper.
Papermaking spread slowly throughout Asia to Nepal and later to India. India and the Islamic world were the origins of early mathematics and medical knowledge, which was recorded and the now-transportable knowledge spread westwards across the world.
In the West records had been kept on parchment (dried animal skins) which were expensive, hand-lettered and illustrated, making documents and texts slow, costly to produce or copy and therefore exclusive. The work was mostly carried out in monasteries, which developed quite extensive libraries as a result.
As societies developed and became more complicated so did the need to record important events, document transactions, agreements and property rights.
Using paper for mass communication really took hold in the 15th Century, when Johann Gothenburg perfected movable type and printed his famous bible in 1456. 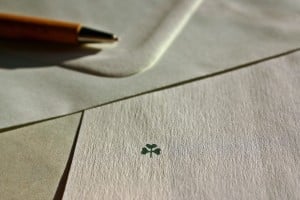 But what about the environment?
Paper’s main raw material comes from trees and they are renewable. Manage forests in the sustainable way that they are in Europe, for example, and for every tree cut down, three to four are replanted in its place.
It’s estimated that there are 25% more trees in the developed world today than there were in 1901 and in Europe alone, forests are increasing annually by an area equivalent to more than 1.5 million football pitches and we all know that trees are essential to maintaining the quality of the air we breathe.
Also, how do you compare the “carbon footprint” of producing and printing on paper with the power used in the zillions of computers, servers and other IT equipment that’s switched on every hour of every day?
Would we derive as much pleasure from seeing a work of art or reading a book on screen?
A paper record is also a useful back-up for businesses. Who hasn’t had the experience of a computer crashing, an external hard drive or a CD or memory stick disintegrating and the cold feeling of knowing that precious records have been irretrievably lost?
So, perhaps we won’t be shifting to the paperless society quite yet – and that means we’ll need storage space for the foreseeable future.